Menu
Log in
Register
Install the app
You are using an out of date browser. It may not display this or other websites correctly.
You should upgrade or use an alternative browser.

I hope I can get answers on this post as it seems the activity level is dwindling lately.

I had a fuel pump failure despite being changed less than a year ago. I went to buy one locally but it was not available, I swept the internet and found it on GMPartsGiant. Com only to be notified one day later that the part is discontinued buy the manufacturer and canceled the order!

As it's known that 2009 came with the L9H which added flex-fuel capability to the L92 and thus had different fuel system. (well I assume)

I want an aftermarket system to upgrade my whole fueling system and won't be dependent on the OEM parts which has discontinued such vital part.

Any help would be much appreciated. 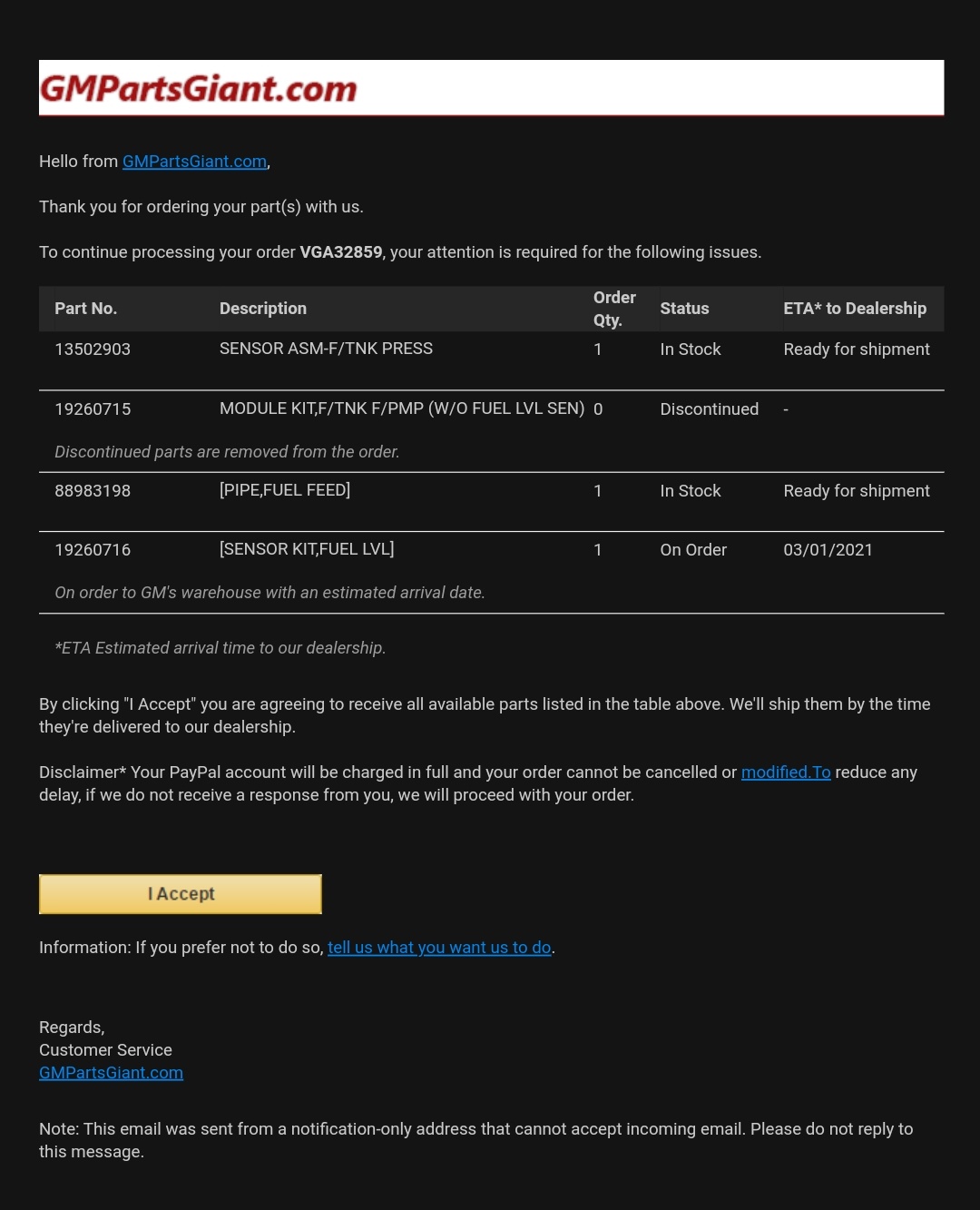